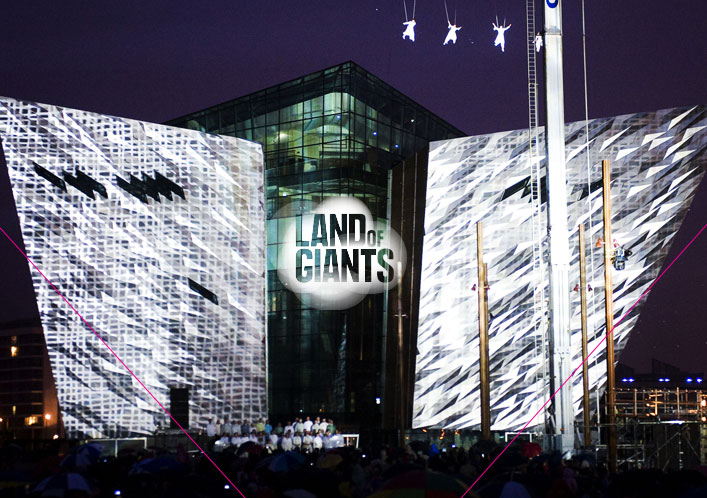 Cormac provided musical supervision, supplied the performers and recorded the music whilst Dónal performed on fiddle and Oonagh was the main vocalist on the soundtrack of this amazing event.

A spectacular, thrilling and theatrical celebration of the giants – mythical, industrial, cultural, literary and social – of Northern Irish heritage. Not only a story of the extraordinary things the region has produced, but more specifically the men and women who are the foundation of all that has been built there. Staged on the historic Titanic Slipways and featuring a 400-strong cast of exceptional performers and musicians combined with breathtaking aerial stunts and lyrical animation – Land of Giants marks a historic moment in Belfast’s resurgence.